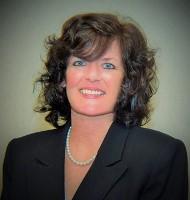 Lisa is a 1989 graduate of Cleveland-Marshall College of Law. In law school, she was a member of the Order of Barristers and the National Moot Court Team. She was admitted to the Ohio Bar in November 1989; U.S. District Court, Northern District of Ohio, 1989; U.S. Court of Appeals, Sixth District, 1992.

Lisa graduated from Wittenberg University in 1986, with a double major in English and Spanish. She has been involved in a wide range of professional activities, including Editor of Cuyahoga County Bar Journal, Law & Fact, (1992-1998); District 12 Delegate, Ohio State Bar Association Council of Delegates (1996-1998); Barrister, American Inns of Court-Harold H. Burton Chapter (1992-present). She served on the Board of Directors of the Cleveland Academy of Trial Attorneys (1994-1998).

Lisa has been a frequent lecturer on a wide variety of topics. She has lectured on behalf of the Cleveland and Cuyahoga County Bar Associations, as well as the Ohio Academy of Trial Lawyers. She has also lectured on evidence issues for the Association of Municipal and County Judges of Ohio, Inc. and the Ohio Judicial Conference. Lisa has published articles on evidence issues relating to the admissibility of expert testimony.